On August 11, I was spending some time with the Lord and I heard the Holy Spirit say to me, “Digging in the Sand.” I responded with, “Who?” (thinking he might say “you”) and he responded with, “church people.” I next heard from the Holy Spirit say, “you almost hit me in the knee.” I next saw a vision of a fish out of water, and lying on its side, like it had been caught. Next I heard the words, “I tell you the truth.”

On August 12, I watched a news story about someone who almost died digging a big hole in the sand, while at the beach two days earlier. The news story also talked about a young boy who died last year while trying to dig a tunnel. He dug under the sand to get to another hole that was being dug by another little boy. In both cases, as the hole got deep, the sand which is very unstable, collapsed on the people digging, and they became trapped in a sand pit. I did not think about what the Lord had told me the day before, as I watched this news story. Later in the evening, I started to think about the Lords word, and the phrase, ‘digging in the sand.’ I did a Google search and came across an article that discussed the news story I had seen earlier. (Sometimes it takes me a while) At that point I started to get the clarity I had been seeking about what the Lord was saying.

Jesus talks about sand in Matthew chapter 7, when he tells the story of the wise and foolish man who built their houses. He described it as, “everyone who hears my words and does not put them into practice is like a foolish man who builds his house on the sand, the rain came down, the streams rose, the winds blew, and the house fell with a crash.” The implication is that sand is not stable and is not a good foundation to build on, or put your trust in. Right before this story Jesus had just finished saying, “not everyone who says to me Lord Lord will enter the kingdom of heaven but only he who does the will of my father who is in heaven.” When we do not heed the words of our Lord, and do not do the will of our father, than we are putting our trust in something other than the rock. Digging in the sand is fun! It is typically something that children enjoy doing; but it can be dangerous if one digs too deep, since the sand is liable to collapse on the person digging.

The Lord also stated, “you almost hit me in the knee.” The knee connects the upper and lower leg. If the knee gets hit, there is a danger of the whole person falling. Since we are all members of the body of Christ, and it is his body, when some members of the body do not listen to the Lord; heed his word, and make poor decisions, it affects the whole body.

This fish that had been caught is a representation of new believers who need to be led in the truth; and are in need of mature believers, who will show them how to do the will of the father and listen to the words of Jesus. The last thing the Lord stated was, “I tell you the truth”. You can read passages throughout the gospels where Jesus begins with those words. In John chapter 18, Jesus stood before Pilot and told him, “Everyone on the side of truth, listens to me.” A statement like that makes modern ears cringe. Many these days are more likely to echo what Pilot said, when he responded, “What is truth?” The wisdom of society says, “There is so much truth out there, what is truth? Jesus boldly states, “I am the truth” and, “my words are life to those that find them.” 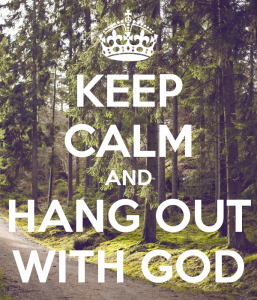 The Lord’s word to the body of Christ is that we need to get back to putting our trust in God. We need to get to know him, and understand his will for our lives. People get to know each other by spending time together. We get to know God by understanding his written word, and by spending time with him. Not just praying, but listening, and understanding that the Holy Spirit lives inside us and is always there, as our counselor. The spirit will speak to us; we just have to get quiet enough to listen. There are many who go to church every week, but they have no relationship with God; they do not pray or listen to what God is saying to them, and are influenced by the media, news, politics, television, music, and movies that propagate worldly wisdom, rather than listen to the one who created the universe. For many being a Christian means going to church and thinking a little about religion once a week. These are the ones who are having fun, digging in the sand. When times get tough, when life falls apart, when bad things happen, and when truth gets challenged, if you have not been cultivating a relationship with the living God, who will you turn to for help, who will you turn to for truth? It’s time for church people to stop digging in the sand and start moving forward, into relationship with the living God.

Brian Mason is a corporate sales trainer, associate pastor, and most importantly a superhero quality father and husband.